Ageless Aviators took military veterans from MorningStar of Littleton into the skies again in a Boeing Stearman Model 75 biplane, the same craft used to train many military aviators in the late thirties and early forties.  Among the residents who soared again that day were:   Willis Lee, Master Sergeant in the US Army during Korean and Vietnam Wars; Billie McMahon, Corporal in the Women’s Auxiliary Army Corps during WWII; and Fay Cunningham, Sergeant, Army Engineer Corps during WWI.  Fay helped build and test Atomic Bomb; he is seen here with his wife of 65 years, Gerie. 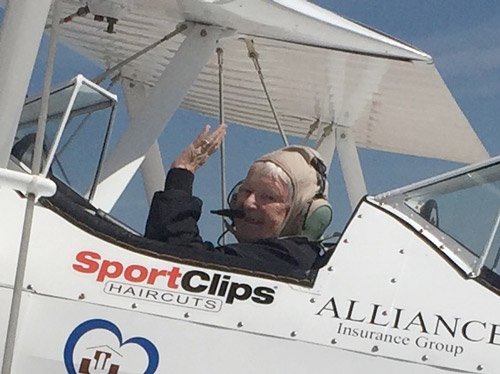 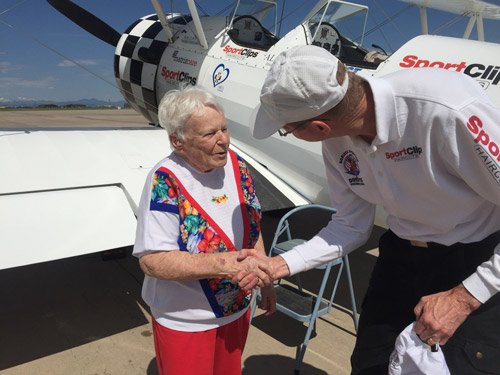 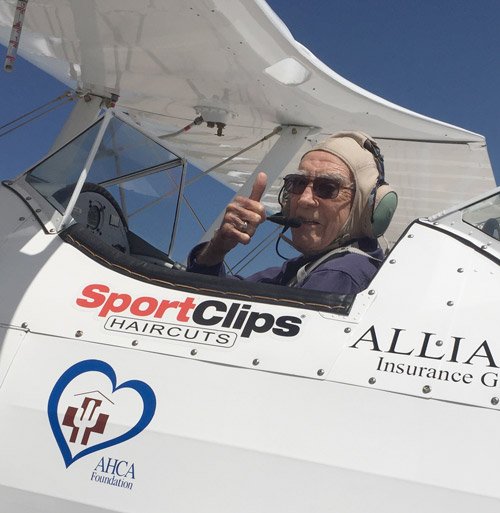 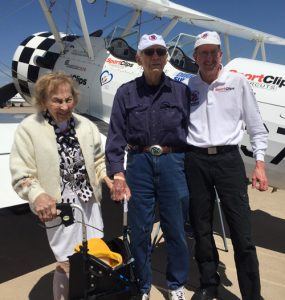